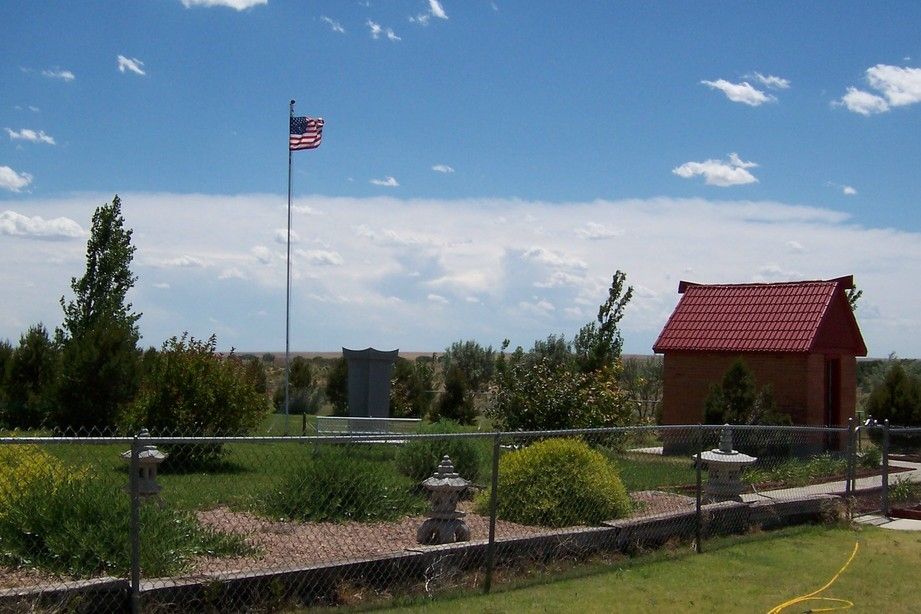 Shortly after Pearl Harbor was bombed, nearly 120,000 people of Japanese ancestry were rounded up, forced to leave behind everything they owned except what they could carry in a suitcase and imprisoned in 10 different internment camps across the country. They were not released until the war was over. There was no due process. Their only crime was being of Japanese ancestry. Two thirds of them were American citizens, and many of them were children. Camp Amache was one of those camps.
Open to the public and accessible 7 days a week. Although private tours are available, staff and volunteers are not always on location. If you visit Camp Amache during one of these times, you can still learn about its history by either walking along the trail or driving the roads that were constructed.

A Dark Time in American History

The Granada Relocation Center, known more commonly as Camp Amache or simply Amache, is located near the town of Granada, Colorado in southeast Colorado.

Camp Amache was one of 10 centers constructed in the United States during World War II for the purpose of interning—against their will—Japanese Americans and people of Japanese descent. More than 10,000 people passed through its gates. At its peak, Amache housed 7,300 internees. Two-thirds of those internees were American citizens.

Due solely to the devoted efforts of a local high school teacher and his students, Camp Amache is in the process of being brought back from a large, abandoned and overgrown tract of land to the evolving historic site that it is today, which includes a cemetery, a monument, building foundations and landscaping.

Not only is this National Historic Landmark the subject of great interest and research from Denver University's Amache Project, its restoration has also served as inspiration and destination for a yearly pilgrimage of former internees and their families.

The site is open to the public, many of whom visit the site in order to get a sense of what internees experienced during this dark time in American history. Even though restoration is an ongoing project with much that remains to be done, many people describe their visit to Amache as a "powerful" experience.

Camp Amache has three interpretive kiosk panels located at the main entry gate. There is also a walking trail to tour the site. In order to better envision the place when it was occupied, visitors are encouraged to pick up a map and brochure at the Amache Museum, located in downtown Granada at 105 East Goff Avenue.

Visitors who prefer to drive may download a self-guided driving tour from the museum tab on the Camp Amache website.

Visitors may also arrange private tours at their convenience by emailing the Amache Preservation Society at This email address is being protected from spambots. You need JavaScript enabled to view it..

The Amache Museum is usually open five days a week in the summer. During the school year, it is open on demand Monday to Saturday. Contact the Granada School at (719) 734-5492 to schedule a visit.

The Granada Relocation Center is located near the town of Granada, Colorado. The relocation center, known more commonly as Camp Amache or Amache was one of 10 centers constructed in the United States during World War II for the purpose of interning Japanese Americans and people of Japanese descent...

With the smallest overall population of the War Relocation Authority (WRA) camps, Amache was notable in other ways. The only camp established on what had been private land, Amache was located walking distance from the small town of Granada, Colorado...