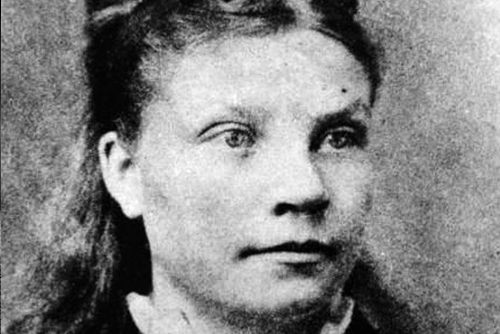 To the person who's drawn by stories, the West of days gone by can be a haunting and elusive place, populated by tales that are, sometimes, unpredictable and surprising and, other times, predictably cruel and harsh. To that person, the distant West is both foreign and familiar, and the yardstick by which lives were measured belongs to that time alone.

en, who had witnessed unspeakable horrors in the Civil War, suffering painful wounds that would, years later, take their lives, nonetheless, summoned the remnants of their hopes and dreams and dared to head off into the great unknown of the frontier. Women, straight-backed and hardworking, bore, without complaint, daily sorrows and hardships that would cripple weaker hearts, yet still they agreed to hope and to dream because they were simply asked to do so. Love, in that time, was a form of survival, comprised of a sheer will more than anything else.

Applying a foolish code of manners and etiquettes to the actions of people on that frontier was not unlike putting a bonnet on a mule. Not only was it a waste of time, it made all but the mule look foolish. Some people, even now, understand that. One such woman was Mary Moorehead and, at least as of the late 1980s, she lived in Santa Fe.

Ever since she was a child, Mary had had questions about her grandmother's sister. As a child, she'd discovered an old cedar chest in the attic that contained an odd assortment of things. The hem off a calico dress. A small beaded Arapahoe bag. A lock of a young boy's hair. A letter, written in pencil, the words of its hurried script already lost to time. And two small stones. All young Mary could learn was two things: the items belonged to her great aunt, who had died when she was young. And the great aunt's name was Clara Harrington Blinn. It took years of searching, preceded by years of asking, before Mary would learn the truth.

Clara Isabelle Harrington was born on October 21, 1847. Described as petite, unusually pretty with dark, chestnut hair, a beautiful soprano voice and a wonderful sense of humor Clara was raised in the Perrysburg, Ohio area where she met and married, in about 1865, Richard Blinn. A year later, she gave birth to William, or Willie, as she called him. Richard, who was five years older, had served in the 31st Ohio Infantry—on the Union side—during the Civil War and had sustained an injury that would plague him for the rest of his life.

On Sunday, March 15, 1868, Clara and Richard, along with Richard's brother and wife, left for what is now Southeastern Colorado to try their fortunes. Richard Blinn's diary chronicles the journey which was filled with the usual hazards punctuated by stops at various posts and forts along the way, and, on April 20, 1868, they reached their destination on Sand Creek, near to what is now known as Fort Lyons. It must have been a good day. Blinn's diary reads, “I liked the place first rate.” But, as so often happened then, what seemed promising soon became something else. The couple tried their hand at ranching, an effort that met with no success. However, their luck seemed to return when they were able to operate a state station on the southern overland mail route. The job allowed them the luxury of a routine. Richard took care of the passengers and the teams that came through. Clara handled the cooking. But, again, their luck was short lived. The coach was removed from that particular route and the tiny family found themselves on the vast Great Plains with no means to support themselves. Richard's family was still in Ohio, but Clara's parents had moved to Franklin County.

As many people did during that time, the Blinns “gave up and went back to the wife's people,” and, on October 7th, Clara, Richard and baby Willie teamed up with a group of eight other men who were headed east. Around mid-morning, the caravan set off for Kansas. No more than 10 miles east of the mouth of Sand Creek—near what is now the Kiowa-Prowers County line—the caravan was attacked by Indians. It's unclear whether there were 75 Cheyenne or 200 warriors present. But the specifics don't truly matter. The bottom line was that the people in the caravan were terribly outnumbered.

When the attack happened, the men took off for the creek bed where they able to hide. Clara, however, had been with Willie in the supply wagon, and, instead of running with them, she hid the little boy under a feather mattress in the wagon and then joined him. The Indians left only to attack again, a move that happened several times, at least. Finally, they left, but not before taking the supply wagon—and Clara and Willie—with them.

The men of the caravan were left out on the prairie on foot. They immediately took off for Fort Lyon to tell them of the attack and that a 21 year old woman and her two year old son had been taken captive.

Over the next six weeks, Clara and Willie were taken several hundred miles deeper into “Indian Territory” where, ultimately, they ended up on the banks of the Washita River in the camp of Black Kettle, the famous Cheyenne peace chief who had survived the Sand Creek Massacre just four short years before.

During these weeks, Clara not only had her 21st birthday, she managed to smuggle out a letter begging for assistance in getting her released. While clearly distressed, the letter itself is remarkably coherent and even suggests what could be used to trade for freedom for her and her son. This letter was dated November 7th; she'd been in captivity for a month by this time.

As stated, the yardstick by which people were measured in that time is mysterious, at best. It was assumed, by Clara's family as well as others, that during her captivity, she had been “violated”, perhaps numerous times. The expectation, in that age, was that the woman commit suicide, having suffered “a fate worse than death”. Even those who did not choose suicide and managed to return to their families were shunned and treated as outcasts. This is the only reasonable expectation why, nearly three weeks after receiving her letter, there had been no attempt from the army to barter for her release.

On November 27th, Lt. Colonel George Armstrong Custer made the decision to attack the camp, even knowing there was a captive woman and child present. The specifics of the battle are not well known, but, at the end of the day, both Clara and Willie were dead. Who was responsible for her death was a mystery. Some blamed other Cheyenne, or, perhaps, the Kiowa who were camped nearby. But the overwhelming majority thought it was most likely the act of Custer's soldiers who did not distinguish who they were shooting. They simply aimed their guns at anyone not wearing a uniform.

Nonetheless, the existence of Clara's letter would provide its own revenge as Custer's reputation was tarnished by the reality that he had ordered an assault that resulted in the death of a woman and child who, had there been some response, would quite probably have been released.

As for Mary, once the truth was known about the life of Clara Blinn, she spent several years trying to retrace the steps of her great aunt as a way of connecting with her, of sorts. Although she was ultimately unsuccessful, her efforts elevated this tenacious young woman to her rightful place in history.