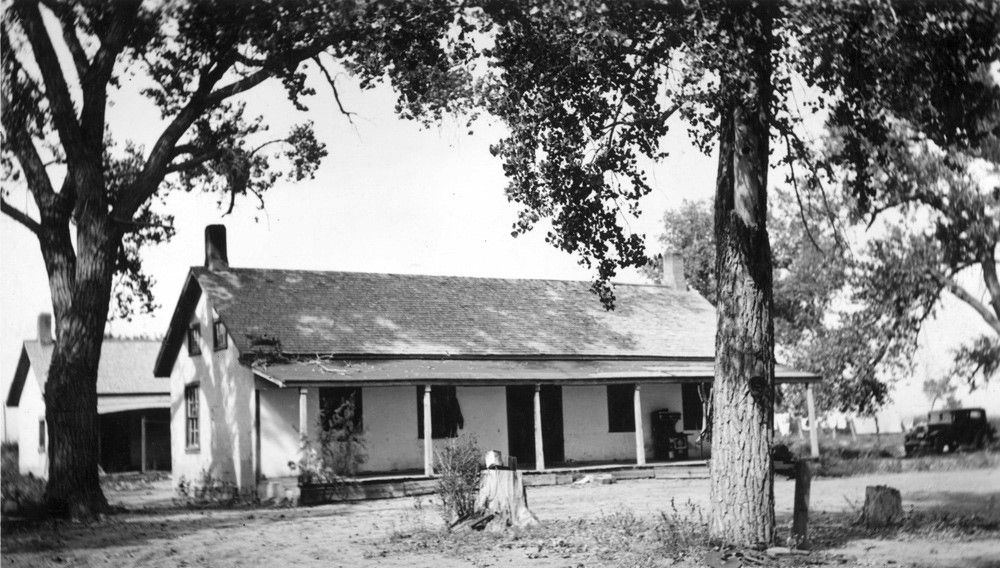 To those unfamiliar with the history of southeastern Colorado, Boggsville is not a site that naturally garners much attention. Although it was the first non-fortified settlement in southeastern Colorado, it wasn't particularly large.In its heyday, Boggsville had thirteen structures and a resident population of 97. It also didn't last as a functioning settlement for long.A total of eleven years passed between the time the founders built their house and the settlement was established to the time when even the founders moved to another place.

But what happened during those eleven years was truly extraordinary as evidenced by, in 2014, the highly prestigious National Trust for Historic Preservation designating Boggsville a “national treasure.”That designation has only been granted to around 50 other sites in the nation.

The facts related to Boggsville are relatively straightforward. It was established on the Purgatoire River in 1866 about three miles south of the confluence of the Purgatoire and Arkansas.

The settlement was named for the people who founded it: Thomas Boggs and his wife, Ramulda Luna Boggs. Ramulda was actually the owner of the property on which Boggsville was built, having inherited the 2,040 acre land grant from her great-uncle Cornelio Vigil who was part owner of the enormous Vigil and St. Vrain land grant. 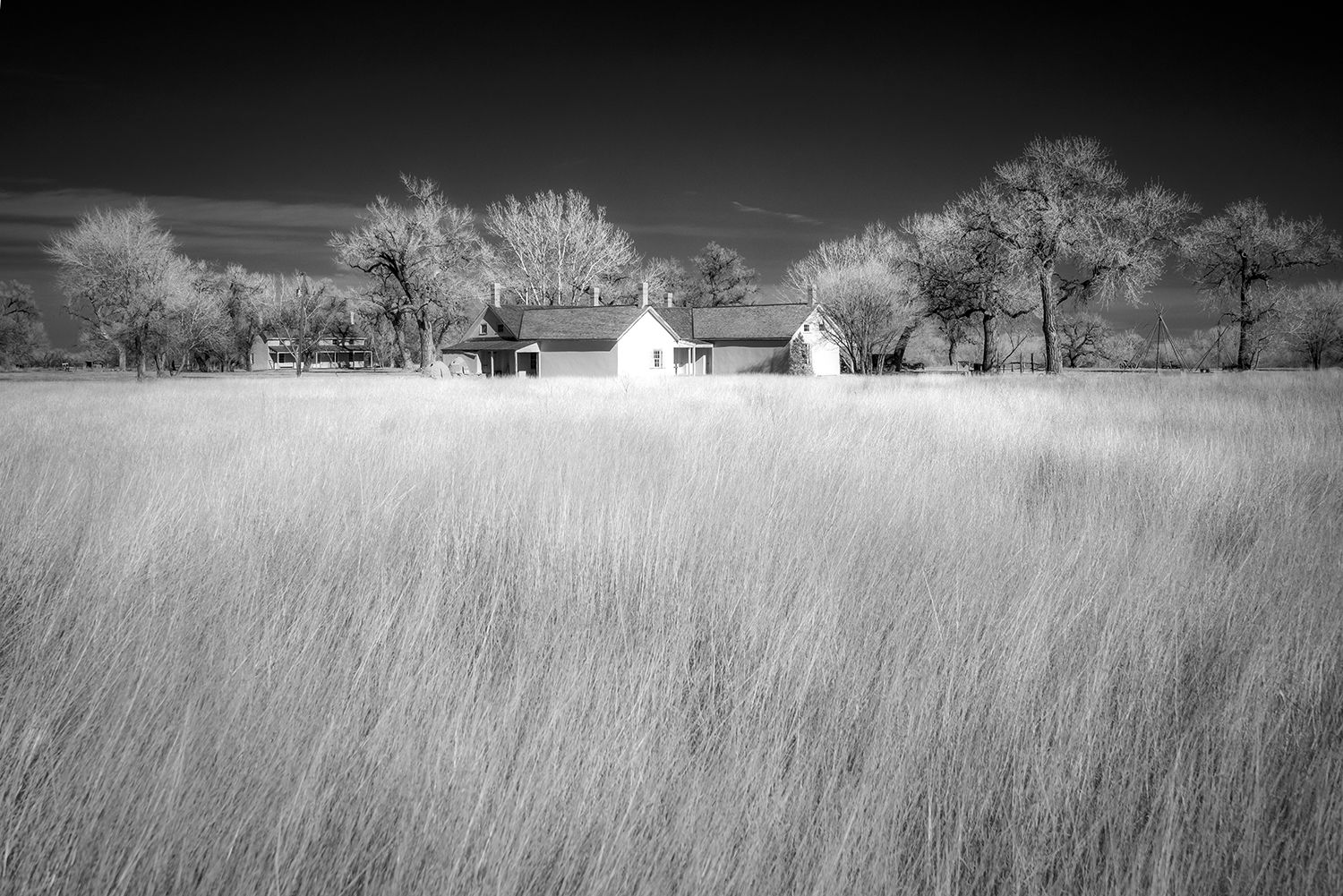 Of the two, Thomas was the most familiar with the area. Ramulda, stepdaughter of Charles Bent, had spent the first half of her life in Taos and had only come to the lower Arkansas River Valley for brief visits. Thomas, originally from Missouri, had come to southeast Colorado in the early 1840s and found employment with William Bent. He worked for William for a number of years, during which he became an accomplished trader. He also learned to speak the languages of 11 different Indian tribes. Since the early 1860s when his wife inherited ownership of the land, he'd been bringing livestock to the spot to pasture. In fact, Thomas had built a small house on the property back in 1862. But it wasn't until 1866 when Boggs built a beautiful adobe house and brought his family to the area that the trading village was officially established.

From the beginning, Boggsville flourished. The Mountain Branch of the Santa Fe Trail had lost a vital place for commerce and trade when Bent's Old Fort was abandoned in 1849, and Boggsville filled that need. The land had already proven it was good for cattle and sheep, so, when a flood forced Fort Lyon to move locations and a site was selected not far from Boggsville, there was an instantaneous, huge market for the Boggs' livestock and agricultural products, which Thomas and Ramulda were able to supply.

With that one business decision, the future began to replace the past as the first large scale ranching and farming operation in southeastern Colorado came into existence. The transformation had begun.

The population of Boggsville was steadily on the rise when a merchant and ranching couple by the name of John and Amache Prowers moved there. Prowers, also born in Missouri, had come to Colorado in 1856 where, four years later, he married Amache, who was Cheyenne. John and Amache had started off living in Bent's New Fort but then moved to Caddao, east of Boggsville, where they managed a stagecoach station. They decided to move to the settlement in 1867 to do business with Fort Lyon.

Amache also owned land in the area. In “reparation” for her family members who had been murdered by soldiers at the Sand Creek Massacre in 1864, Amache was among those selected by the federal government to receive 2,040 acres of land. She had chosen the location wisely.

Just a short distance from the Boggs' house, the Prowers built a large, two story house in the shape of a U, a style reminiscent of Mexican architecture with a courtyard in the middle. The Prowers House would soon become the town center as well as providing living quarters for the Prowers family plus, over a period of time, a stagecoach station, a school and political offices. The Prowers built a mercantile store in Boggsville when John Hough, John Prowers' brother-in-law, brought merchandise to the region.

In a move that was as Herculean as it was visionary, the residents of Boggsville dug a seven mile long irrigation canal that brought water to 1,000 acres of land, including the farms of Prowers, Boggs and Robert Bent, William Bent's son, who had moved to the area. The Tarbox Ditch, as it was named, allowed farming operations at Boggsville to become a bona fide commercial operation that functioned on a large scale, providing produce to nearby Fort Lyon.

The settlement gained another famous resident when Kit Carson and his third wife, Josefa, moved with their seven children to Boggsville later that year. The Carsons had a long standing relationship with Thomas and Ramulda Boggs. Not only had the two families known each other in Taos, Josefa was also Ramulda's aunt, and the two women had been close all their lives. Josefa, likewise, also owned land in the area, having inherited it, as well.

The Carson family moved into a small house not far from the Boggs. Tragically, their time in Boggsville would be short lived.

In January of 1868, Kit Carson was called upon to travel to Washington D.C. to help in negotiating a treaty with the Ute Indians. When he returned to Boggsville in April, he was seriously ill, most likely suffering from the number of injuries he had sustained over the years. Not long after his return to Boggsville, Josefa died in childbirth. The loss proved to be too much for Carson, and he was moved to Fort Lyon where he died a month later. He was buried next to his wife; however, their bodies were eventually moved to their final resting place in Taos. As testimony to the closeness and deep, mutual respect that existed between the Boggs and Carsons, Thomas and Ramulda took in the five youngest Carson children and raised them as their own. 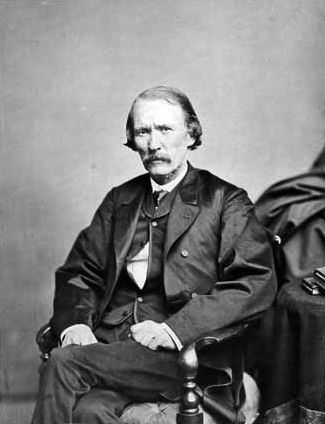 By 1870, Boggsville had assumed an important place as a “civic center” in southeast Colorado. Elsewhere was aflame with conflict as a result of the massacre at Sand Creek and other ensuing conflicts, and Hispanics were experiencing the beginnings of social prejudice in other parts of the Colorado Territory. Yet, the residents of Boggsville—representing great diversity of cultures—reflected none of those tensions.Thomas Boggs was Anglo. Ramulda Luna Boggs was of Hispanic lineage and helped found the settlement. John Prowers was also Anglo; his wife, Amache, was Cheyenne, and the couple played a prominent role. Robert Bent was the son of Owl Woman, William Bent's wife, who was Cheyenne. Mary, Robert's older sister, was also half Cheyenne. As the village grew, people came from other backgrounds, other cultures.

Also extraordinary for the times, much of the ownership of the settlement land—and contribution to the businesses—involved women, as Colorado was one of a handful of states allowing women to own property at the time. In other parts of the nation, such an idea was unacceptable but... not so in Colorado Territory.

Instead of there being cultural conflict within the community or unequal status within a family, Boggsville was a cohesive place that knew peace and even served as the first county seat in Bent County and the site of the first public school district in southeast Colorado.

And then, as happened frequently in those years, the railroad came and changed everything. Instead of being routed to Boggsville, the Kansas Pacific headed several miles to the northwest, forming what is now Las Animas in 1873. In a predictable move, citizens of Bent County voted to move the county seat from Boggsville to Las Animas. John and Amache Prowers, cornerstones of the community, decided that same year to, likewise, move to Las Animas where they built a new house and general merchandise store. Their move was rewarded by the arrival of the Atchison Topeka and Santa Fe Railroad two years later.

The railroad brought all the convenience and access that railroads were so famous for doing, but it also brought an end to this visionary town on the plains.

Thomas and Ramulda moved to New Mexico in 1877 when Ramulda's ownership of the land was challenged. Despite the issue being resolved six years later, the Boggs did not return. They sold the land to a man named John Lee in 1883 who later sold it to someone named James Lee who expanded the property. At the end of the century, James Lee returned to his original home in Boston, after which the property passed through several hands until being bought by Ernest and Alta Page.

By the 1980s, the only original Boggsville structures remaining were the Boggs and Prowers houses, but, having been vacant for anywhere from 10 to 30 years, the houses were rapidly deteriorating. In 1985, the Page family donated the houses and surrounding 110 acres to the Pioneer Historical Society who, with funding from the State Historical Society, restored the buildings over the next decade, ultimately opening them to the public as a museum and interpretive site.

In 2014, Boggsville received the highly prestigious designation as a National Treasure by the National Trust for Historical Preservation who also committed to helping the Pioneer Historical Society develop a model enabling the site to be sustainable into the future.

Due to the ongoing efforts of a group of volunteers, Boggsville still stands today, and visitors are welcome to peruse the grounds and, when open, tour these remarkable houses whose styles are truly representational of settlement architecture unique for its incorporation of different cultural aspects.

It's only fitting that, more than 150 years after Boggsville was established, those two houses would be testimony to the existence of the extraordinary settlement that mirrored the tenacity and vision of those who built it.